Knowing When to Let Go 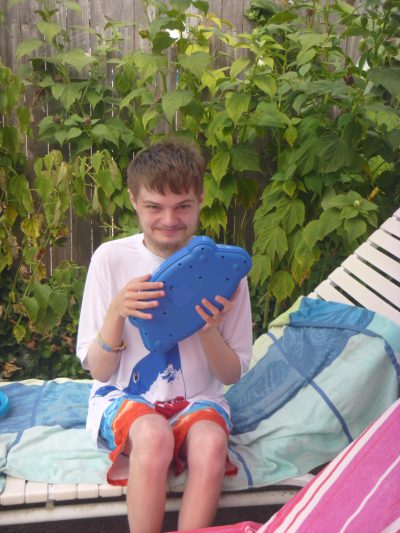 The thought occurred to me as I was taking my daily walk, scrolling through pictures on my phone instead of paying attention to the road ahead of me as I should have been doing. There were so many photos of my kids at Halloween, some trick-or-treating, some just posing in costumes as their mom clicked away. I realized so many of the pictures were not completely representative of Halloweens past, as particularly with my eldest son there were many meltdowns along the way.

But we persevered, and now at nineteen he gets excited to get into his costume, hit a bunch of houses, go home and not eat the candy.


When he was about seventeen months old and we were living in Virginia I dressed him up as a bumblebee, and me and my mom, who was visiting, attempted to take him through our neighborhood in his stroller.

It was a disaster.

By house two we were up to a slow whine. By house four there were tears and we headed for home, where as soon as we crossed the threshold he immediately perked up and made his happy sounds. I remember thinking “how can I have conceived a child who doesn’t like Halloween?” My mom chalked it up to his being tired, and together we hoped for better luck the next year.

By the next year he had his autism diagnosis, and we were firmly entrenched in many hours of ABA a week. Halloween was no longer a priority.

By the time he was three we had moved back to New Jersey for better services and schools, and once again I attempted trick-or-treating with my pre-schooler. Over the years he slowly began to get into it, but we took baby steps. At first it was just a few houses. Over time, more and more houses and farther distances. Eventually he began to get excited, showing enthusiasm when I’d get his costume out of his closet, eagerly grasping the cloth bag he’d use for his loot.

Today he is an adult who I believe mirrors his mom’s passion for Halloween.

And we would never have gotten there if I had given up.

Autism is cyclical in many respects. I have found over the decades that Justin will embrace something and then down the road it will be dead to him, or the reverse. But in truth, the most important thing is not deciding not to give up.

It’s knowing when to let something go, and knowing if and when to revisit it later.

The other important thing to know is that there’s not a window on skills. I am still teaching Justin self-help skills at nineteen, and he is still mastering them. When he developed tic disorder at seventeen he lost most of his words, and some skills. We are patiently reintroducing them to him over time, and seeing some successes.

In other words, know when to call it quits, and trust your gut as to when to revisit a goal. Your child is on his or her own timeline, not those of the early intervention therapists in your home, or his teachers, or even yours. Be patient, don’t stress about when milestones are met, and listen to what your child is telling you even if he or she isn’t telling you in words.

I am officially wishing all of you a very Happy Halloween!