Demographic Study Gives a Glimpse Into the Future of Brick Schools 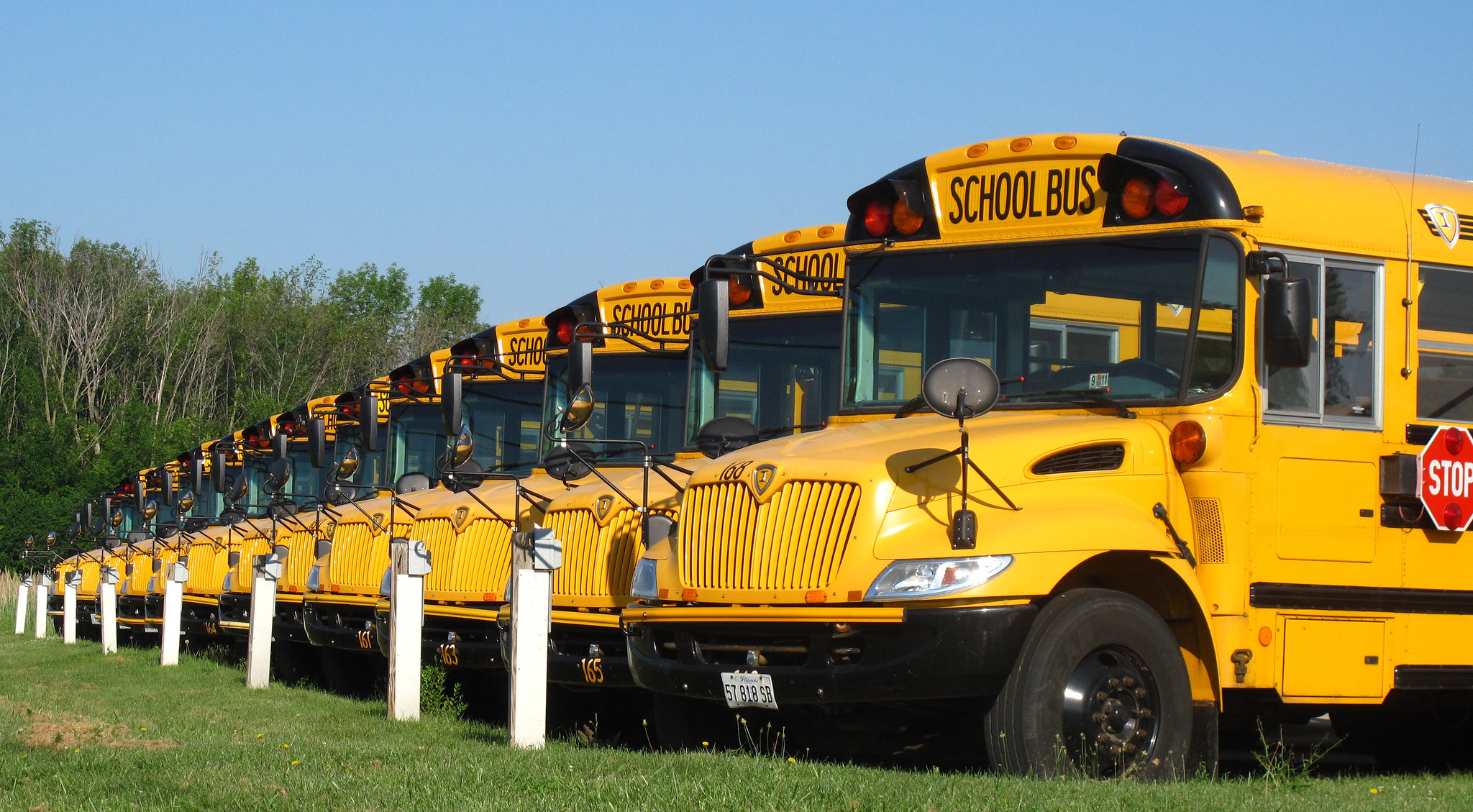 The Brick Township school district recently received a report commissioned by the Board of Education to examine the potential for population growth or retraction in town, and how it might affect the school system in the coming years.

The study, undertaken by Netta Architects, of Mountainside, N.J., covers the span from 2014 to 2030. Shorebeat recently obtained a copy of the study through a request under the state’s Open Public Records Act. A summary was posted on the district’s website about two weeks ago.

Population Growth (Or Not?)


It is no secret that Brick Township’s school-age population has waned significantly from its height in the early 2000s. As trends played out – young people marrying and having children later in life, the 2008 financial crisis, and an increasing outmigration of residents from New Jersey to other states – the district’s numbers followed. From its peak of more than 12,000 students, Brick’s public schools’ enrollment was cut to just 9,336 students by 2014, when the study began looking at more recent trends. In the eight years since, excluding the anomalies of the pandemic year, student population has continued to decline. This year, 8,440 students are being educated in the district.

As the state government began funding full-day, public pre-school classes, a small influx of students entered the district over the past two years, but the study found that while the losses may have plateaued, the student population is expected to continue to decline slightly: 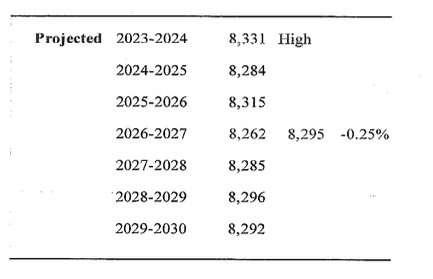 Pre-school enrollment will continue to make slight gains, however. When the state began funding pre-school during the 2018-19 school year, enrollment increased from 186 students the prior year to 290 students. As the program has been expanded, the pre-school population grew, settling at 547 students this year. The growth, however, is unlikely to continue at a high clip. By 2027, the program is projected to serve 594 students, and by 2030, there may be between 618 and 629. 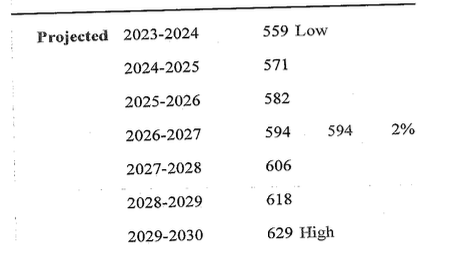 One of the factors cited for the lack of projected growth in Brick Township is the fact that the construction boom which saw the town achieve significant leaps in population during the 1980s to early 2000s is largely complete.

“We are 99 percent built out, and the subdivisions we experience are typically minor subdivisions and reconstruction of homes from summer residences to full-time homes,” said Township Planner Tara Paxton. “We do have a few major subdivisions that have been in the pipeline for years, but they are eight-lot, 12-lot and one 24-lot subdivision.”

A proposal to build 59 homes in the Breton Woods parcel is still making its way through the approval process, but is being vigorously opposed by neighboring residents.

As the student population declined, three schools were either closed or repurposed. The Educational Enrichment Center has been turned into administrative office space, Herbertsville Elementary School was closed before being repurposed into a pre-school center, and the Laurelton School was closed outright, and was recently sold at auction.

The study also looked at trends outside of the direct school population. The number of adults of child-bearing age (calculated as 18-39 years old) has slowly declined since the turn of the millennium. After the growth of the 1990s, there were 26,689 residents in Brick of the age group. But by 2010, that population dropped to 19,242. The 2020 census showed that the population remained largely steady, at 19,528, however outmigration from New Jersey has increased since the pandemic era. Florida, New York and Pennsylvania accounted for the bulk of outmigration, according to a Rutgers University study.

“The enhanced availability of jobs is likely a major factor pulling New Jerseyans to these states,” the Rutgers report said. “Based on AGI per migrant, wealthier families appear to prefer California, Florida, Illinois, and New York in which to resettle. New York state’s proximity and size are logical lures. Size and climates of California and Florida also have clear appeal, as does Florida’s lack of state income tax.”

While outmigration is a variable that is largely unknown – economic trends, work availability, taxation and political considerations can change rapidly, as is being seen in the current post-pandemic period – Brick’s population is projected to stabilize, at least somewhat.

While pre-school classes will see more students in the coming years, the township’s two high schools are both forecast to have a declining student population. Brick Township High School is projected to lose 1.86 percent of its students by 2030 (from 1,273 to 1,120) and Brick Memorial High School will see a 1.5 percent decrease in students (from 1,329 to 1,201).

The report from the Netta firm does not include recommendations – the report is expected to be discussed at a future Board of Education meeting – but instead serves as a guide for policymakers to determine the most prudent path forward for the district.

The full report is embedded below: