Brick’s Herbertsville Deli Is Being Demolished (For Real This Time)

Once home to 10-cent ice pops, a staff that knew your name, a locally-famous community bulletin board and a gem of a butcher and fresh seafood market next door – the Herbertsville Deli is finally being relegated to the pages of Brick Township history.

A fence appeared to be erected around the building late last week, and equipment was moved in Monday. On Tuesday, workers in hazmat gear were seen clearing the site – an extra precaution after asbestos was detected in the building following an aborted attempt to demolish it several weeks ago. 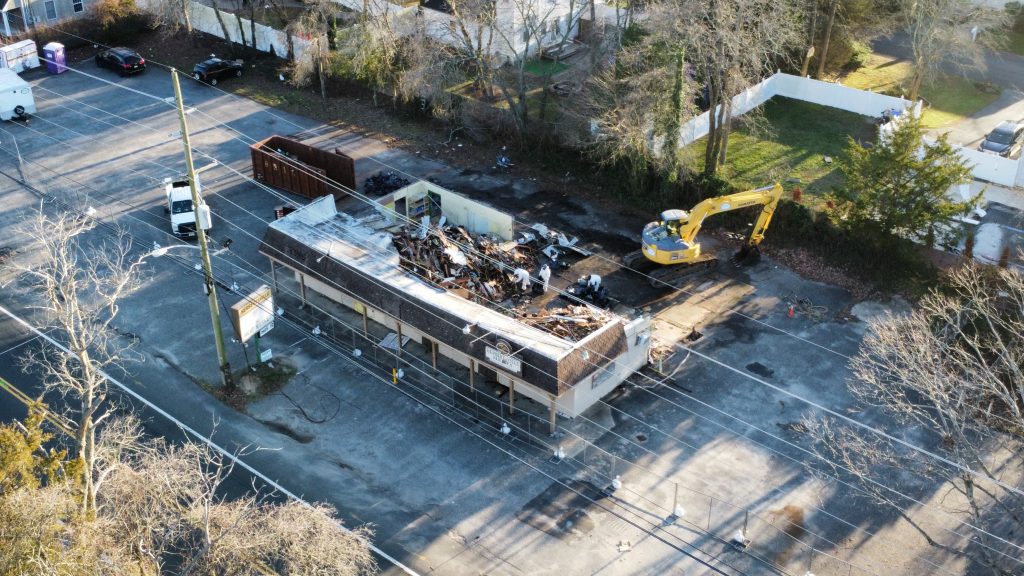 After years of neglect following its abandonment by new owner, the township’s Property Maintenance Board recommended its demolition earlier this year. Last month, the township council affirmed the board’s decision and adopted a resolution seeking bids for a demolition company to raze the structure, which was marked unsafe to the point firefighters were instructed to avoid entering even if the building were to burn down.

Though property taxes are current, the owner of the property has been largely unreachable by township officials as well as reporters who have sought comment on plans for the once-thriving business. The owner indicated interest in seeking a license from the township to open a retail liquor store there in 2018, but after finding none were available and no interest on the part of the township to sell a distribution license, the building sat and continued to deteriorate.

Longtime proprietor Peter Benninger, who died in May at the age of 74, retired and sold the business after operating it from 1982 to 2006. Its new owner, Mukesh Papaiya, of Mahwah, N.J., according to state business records, operated the deli for several years after acquiring it, but abruptly closed the store in 2014 for renovations which never occurred.

Days after the demolition contract was advertised by the township, a crew appeared at the property, located at 430 Herbertsville Road, and began work to take down the structure. But the project was halted after asbestos was found in the building, requiring a remediation and additional site management during the demolition process. Officials told Shorebeat that they had received a call from the company initially hired to demolish the building, advising them that the owner did not wish to pay for the additional services required. The township, in turn, planned to re-advertise the demolition bid with the aim of taking it down after the new year. 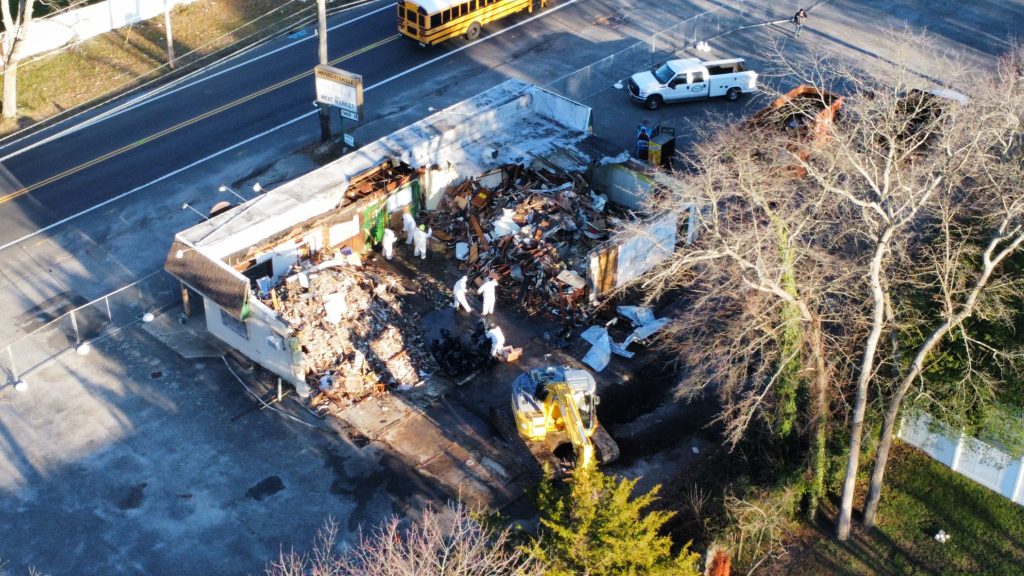 Had the township demolished the building, a lien for its cost would have been placed on the property. In New Jersey, due to prevailing wage laws, the cost of demolishing a building increases significantly when contracted by a government agency rather than a private land owner. As a result, property owners facing a demolition order often choose to voluntarily perform the work themselves.

Mayor John Ducey confirmed the demolition was being performed privately, by the owner, and not by the township or a public contractor.

Crews could be seen working all day Tuesday, removing debris and preparing the site for a final demolition effort. An excavator and industrial-style dumpster were located next to the building.

“We were going to go out to bid in January for it, but we’re giving them some more time,” Ducey said.