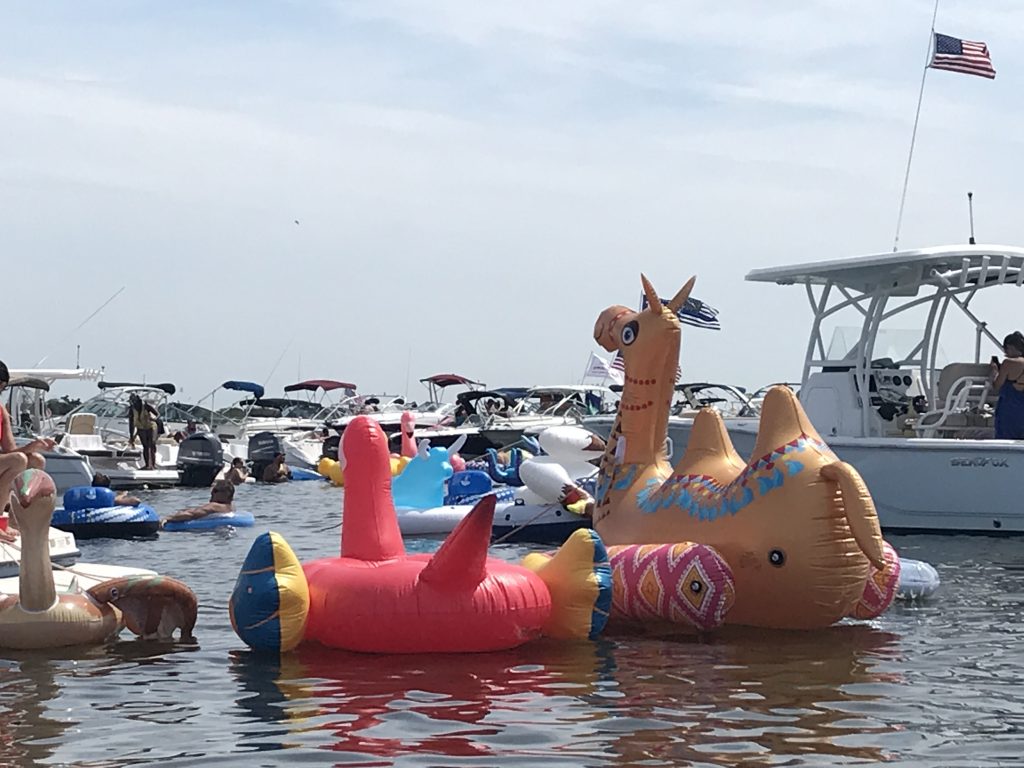 Public concern over a reduction in public access to Island Beach State Park – centered on the popular Tices Shoal anchorage – are unfounded, a spokesman for the state Department of Environmental Protection told Shorebeat this week.

In recent weeks, rumors have spread over social media alluding to power lines being installed underneath the state park, which would link offshore wind turbines to the onshore power grid, and precluding access to the shoal as a result. While plans do call for the lines to run underneath the park, and Barnegat Bay, before connecting to the grid at the former Oyster Creek Generating Station in Lacey, public access to the park and the anchorage will not be affected.

Some boaters have worried that the presence of electrical lines running across the bay would prompt the establishment of a “no anchoring” zone, however a DEP representative said such a measure would not be necessary.


“There would not be any areas restricted from anchoring once the cable is in place,” said DEP spokesman Larry Hajna. “The cables will be buried at a depth of four to six feet.’

As it currently stands, numerous utility lines – from electric, to natural gas, to sanitary sewer treatment pipes – run under Barnegat Bay. Anchoring is only restricted in a few rare areas where certain lines connect to facilities above the water, such as the entrance to Long Beach Island in Ship Bottom. 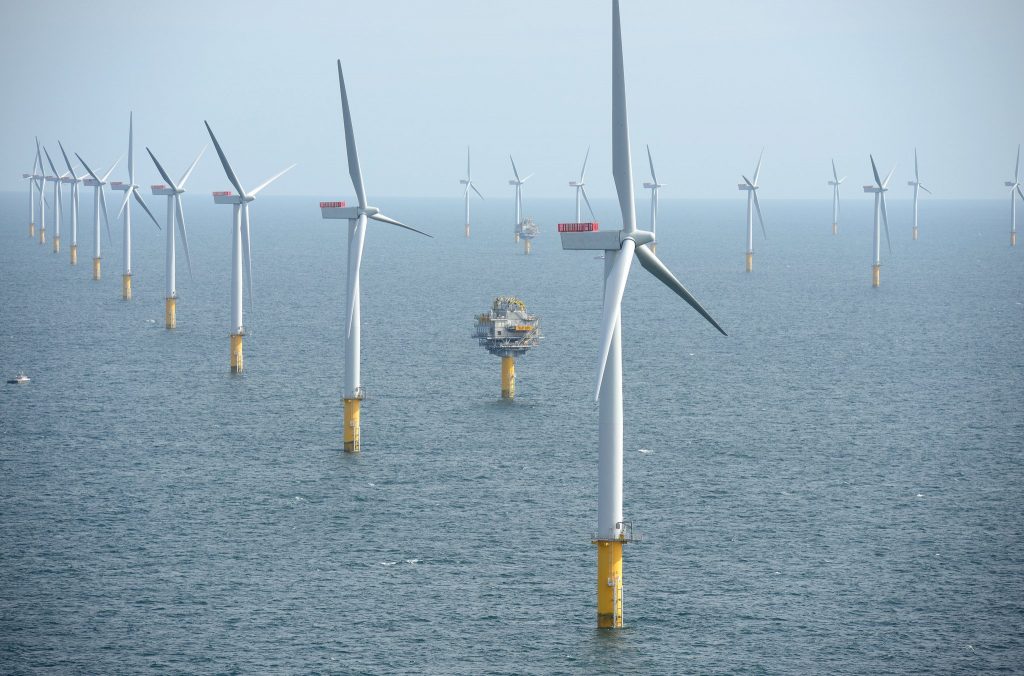 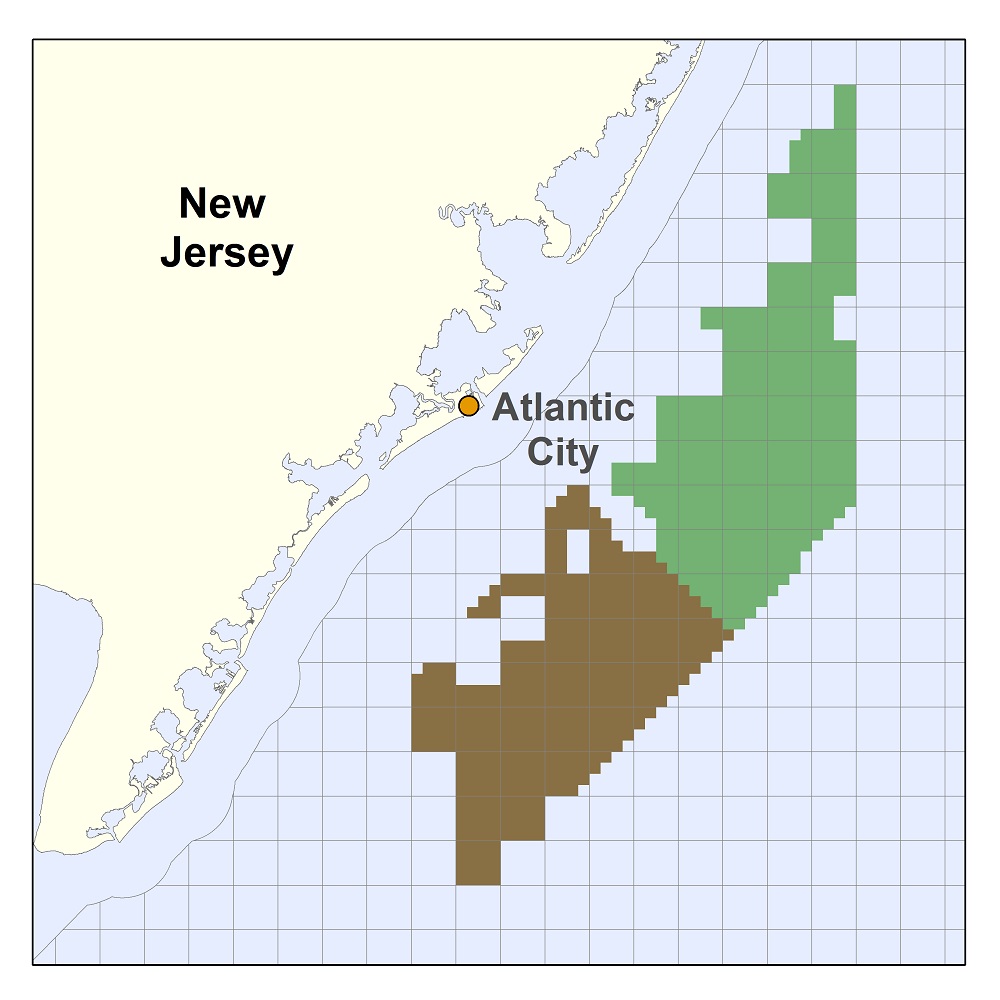 A map showing the position of offshore wind lease areas in New Jersey. (Dept. of the Interior)

The lines that will run underneath the state park will be installed by Ørsted, a Danish multinational energy company that is building out the farm of turbines off southern Ocean County. After crossing the bay, the company plans to have the lines rise from the water either directly at the plant or a connection facility located either Bay Parkway or Lighthouse Drive in Waretown. The lines that will cross the state park will be buried completely and not noticeable to visitors. They will run underneath the breakers, the beach and the parking lot for Swimming Area 2, then under the bay to their terminus on the mainland.

Ørsted’s “Ocean Wind” project calls for 98 turbines to be installed in a swath of ocean that runs from northern Cape May County to southern Ocean County. The plan has faced backlash from commercial fishermen, who may require subsidies to make up for lost fishing grounds and damaged equipment, as well as coastal residents who say the turbines will constitute an eyesore. A campaign on Long Beach Island is focused on having the turbines moved at least 35 miles offshore; they are not expected to be visible from Ocean County’s northern barrier island.

Ørsted has said the Ocean Wind farm will generate 1,100 megawatts of electricity, or enough to power about 500,000 homes. The former Oyster Creek plant, which shut down in 2019, generated 652 megawatts of power.