Brick Township Police Chief James Riccio will retire at the end of the month after a seven-year stint leading the department, during which time he introduced innovative new programs to curb the opioid epidemic, established a Street Crimes Unit and reorganized the township into patrol districts with community policing outreach.

Riccio, who joined the department in 1986, will step down Jan. 31, 2023. For some time, he has been guiding his successor, Capt. David Forrester, said Mayor John Ducey, who expects to formally appoint Forrester to the chief’s position in short order. Riccio was presented with a key to the city Tuesday night at a township council meeting, which drew dozens of his law enforcement colleagues as well as township employees from numerous departments to wish him a happy and healthy retirement. 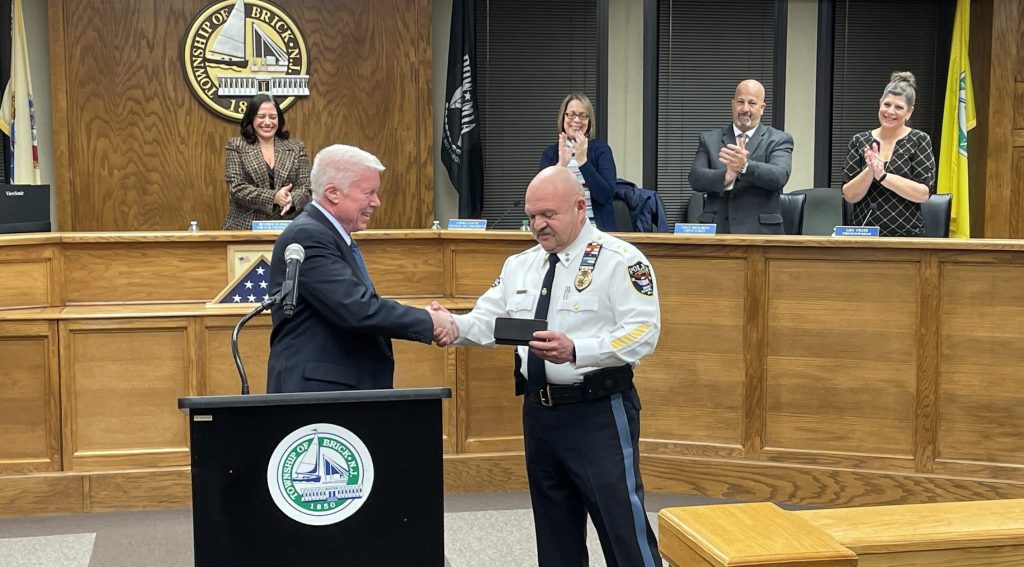 “It’s a great day for Chief Riccio and his entire family, of course, but a hard day for all of us here in Brick Township, including all of the residents who you have kept safe for 36 year,” said Mayor John Ducey, standing beside Riccio during the presentation ceremony.


Riccio joined what was still a fairly new police department in 1986 after having moved to town as a teenager. His grandfather was a police officer in Bayonne, N.J. and his father a battalion chief with the city’s fire department. Riccio joined the Brick Township fire service as a volunteer before attending the police academy and pursuing a career in law enforcement. He remains a volunteer firefighter to this day.

Riccio worked all three shifts while on patrol, and in 1988 became a member of the department’s original Selective Enforcement Team, Brick Township’s designation of what is colloquially known as the SWAT team. He became a detective in 1990 and was promoted to sergeant in 1995, ultimately heading the Drug Enforcement Unit. He continued to rise through the ranks, but in 2005 was placed on special assignment with the FBI and became part of a task force which investigated allegations of official corruption throughout New Jersey. The investigation became known as operation “Bid Rig” and became a major high-profile effort that garnered national attention.

Riccio was named deputy chief in 2011 and chief in 2015 following the retirement of Chief Nils R. Bergquist.

“Policing was very different” in 1986, Riccio said. “Over the years I watched the department grow and evolve into an amazing department with some of the most dedicated and professional officers law enforcement has to offer.”

As chief, Riccio instituted the Blue HART program to steer those suffering from drug addiction away from the cycle of crime and jail terms in favor treatment, and reorganized the department into new patrol districts in order to concentrate resources where they were needed most. He restored bicycle patrols and extended a major outreach program to the troubled Maple Leaf Park community, and stood up the department’s Street Crimes Unit, which was tasked with proactively cracking down on quality-of-life crimes, drug deals and other incidents that were occurring in the open. 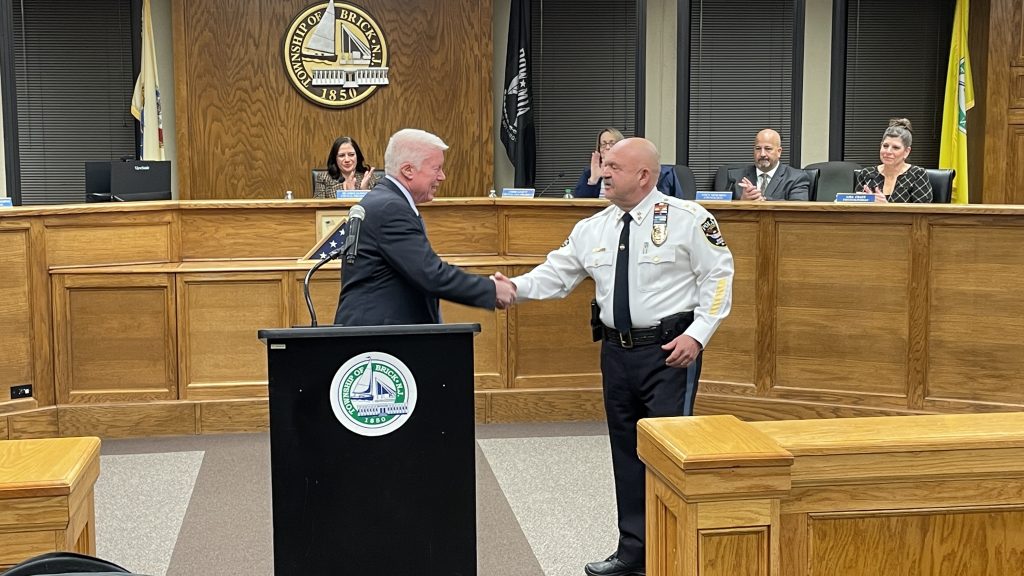 Riccio credited his officers with the success he experienced as their leader.

“The support I received from these dedicated men and women allowed for us to move the department forward, maintaining our tradition of professionalism and the dedication to our pledge to keep our citizens safe and secure,” he said.

Riccio also complimented Ducey and members of the township council, who have expanded the department in recent years and invested in both community policing programs as well as high-tech equipment and heavy rescue vehicles.

Forrester, who most recently served as a captain, joined the department in 1996, serving in numerous roles including school resource officer, field training officer, plus stints in the investigations and professional standards units. He holds an undergraduate degree in criminal justice from Stockton University and a master’s degree in administration from Fairleigh Dickinson University. He also retired as a Major from the New Jersey Air National Guard after serving 24 years.