Crews this week began construction on the much-awaited replacement of the Duck Farm Bridge, which carries traffic on Old Hooper Avenue (at the Chambers Bridge Road extension) over a creek stemming from the Metedeconk River.

The construction began earlier this week after crews started preliminary staging earlier this fall. The bridge – which was barely noticeable to motorists as they crossed it – will be replaced in two phases so traffic can continue moving in both directions during the course of the construction. But for much of Hooper Avenue, traffic is limited to one lane in each direction, and a series of barrels and signs guide drivers around some abrupt lane shifts. 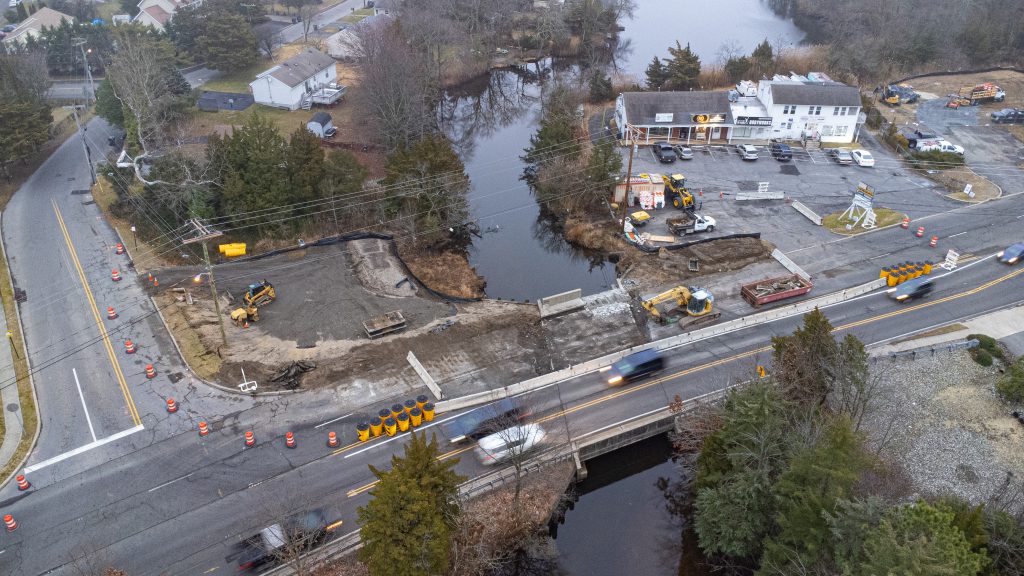 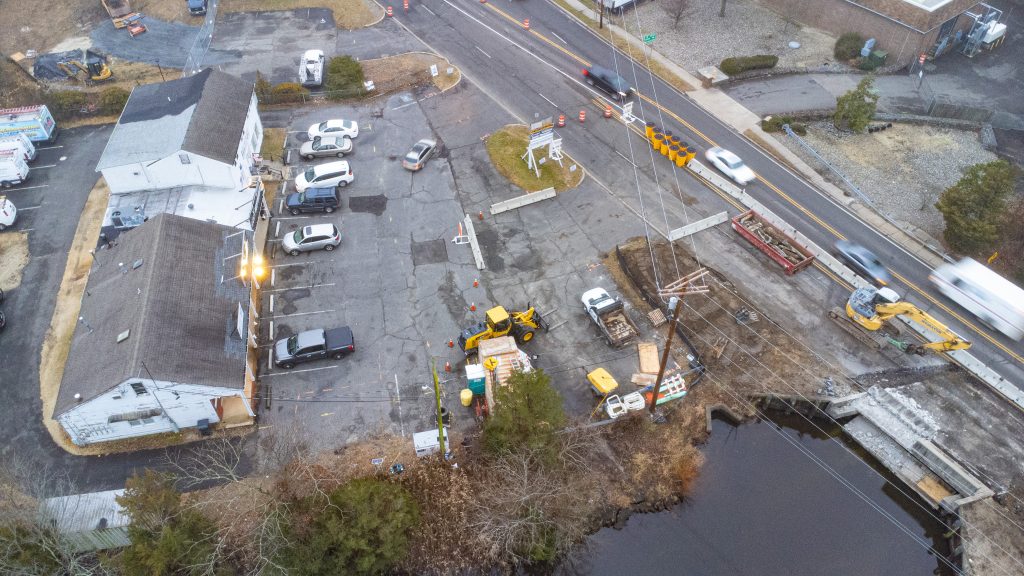 The bridge is located roughly in between the popular Villa Vittoria restaurant and Habor Freight Tools. Construction began a bit later than originally anticipated, and work in the water must comply with environmental regulations that coincide with winter flounder spawning season.

“What they want to do is be able to get in and demolish half the bridge, work on half of it, and get the new half open before they have to be out of the water again,” said Ocean County Engineer John Ernst. “With the timing of the deliveries it all has to fall into place.”

Construction as a whole is expected to take “several months,” officials said.

“During the different phases of construction, there will be several changes to the traffic patterns on Hooper Avenue,” the department said in a statement. “Expect increased delays and allow for extra travel time when traveling through the area.” 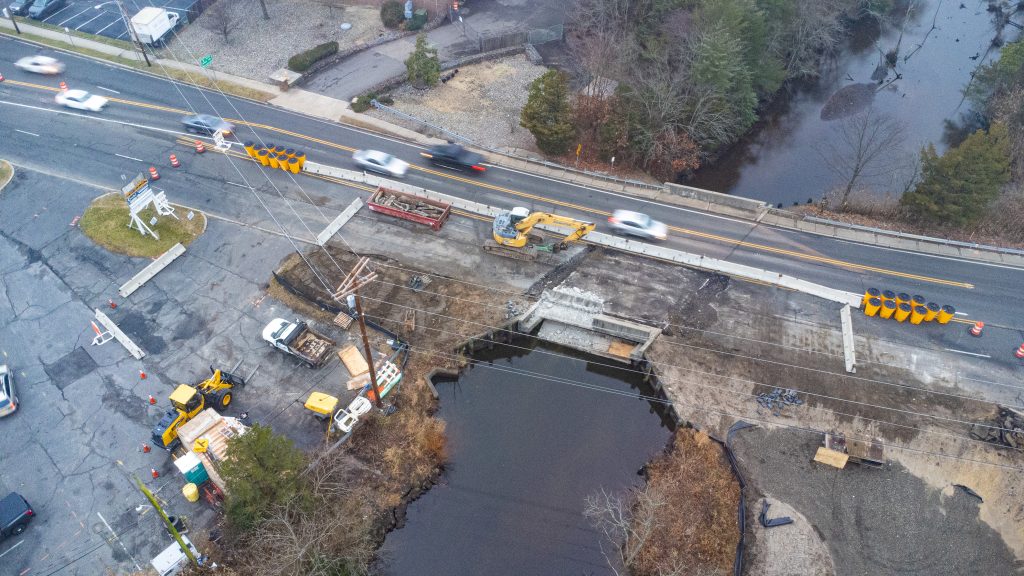 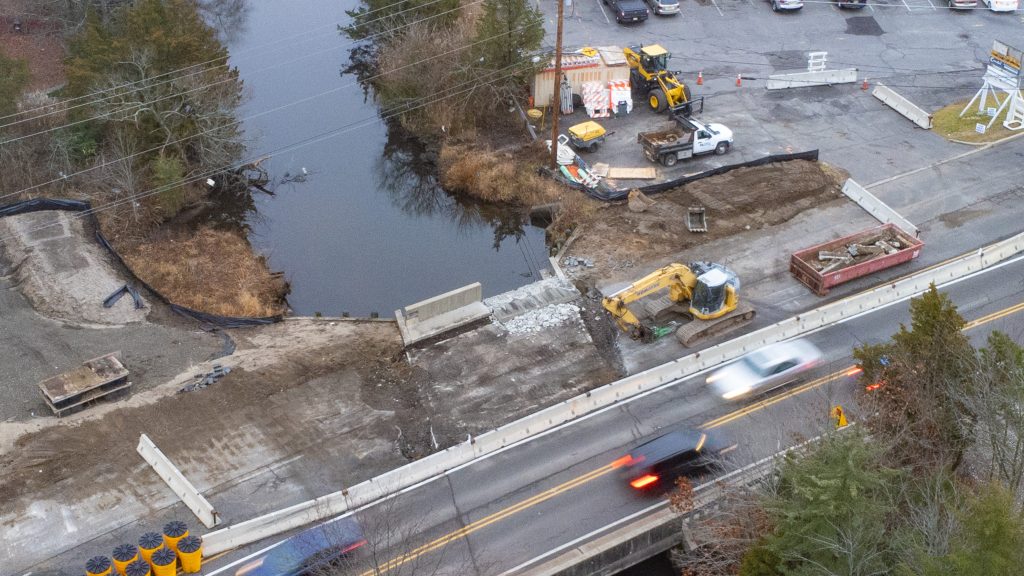 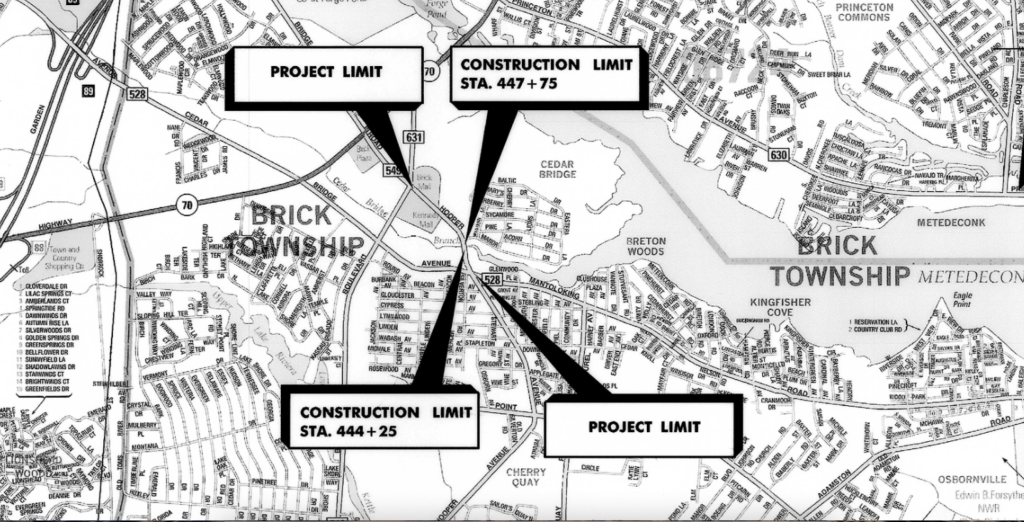 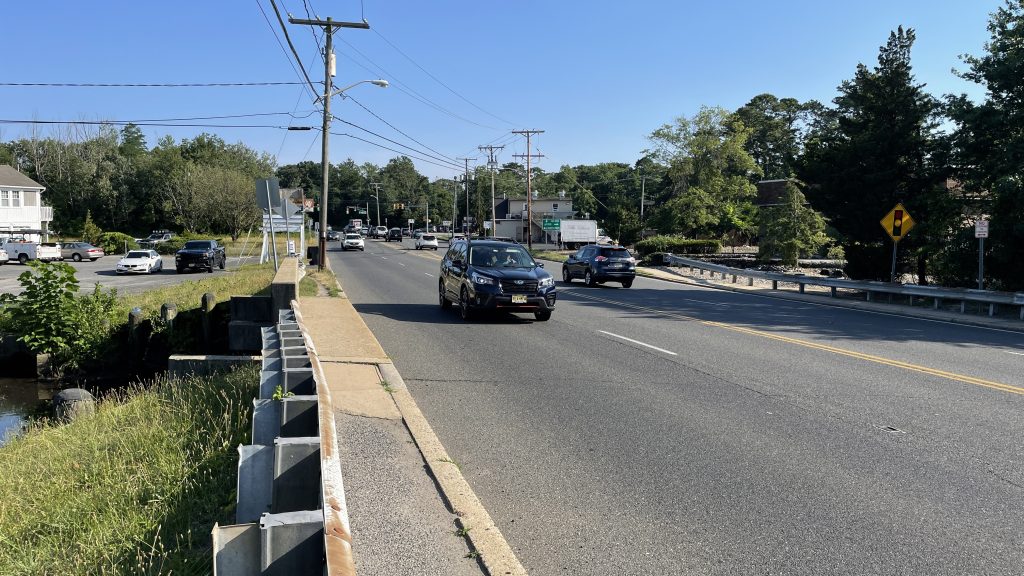