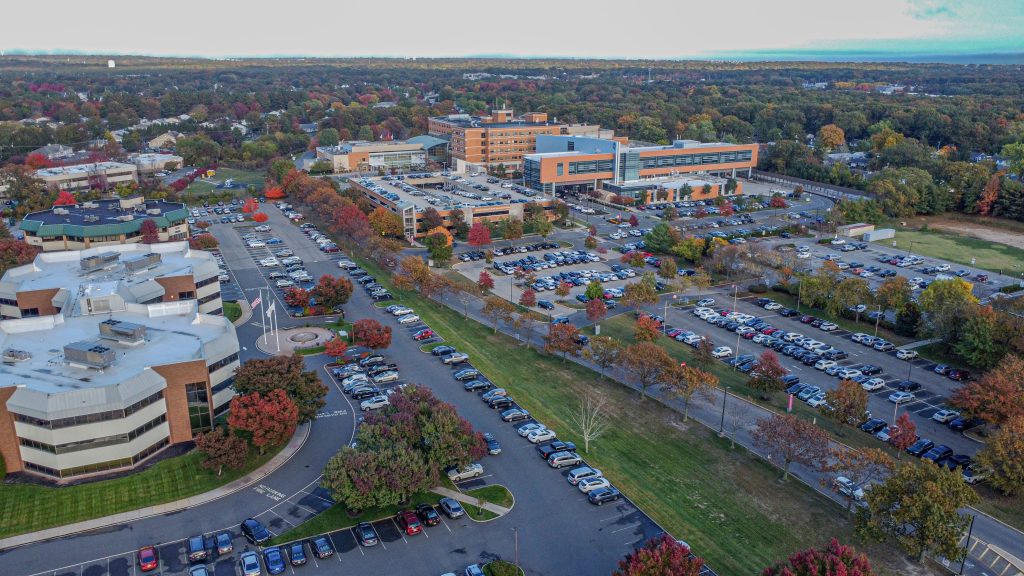 A small heliport would be constructed on the property of Ocean Medical Center in Brick Township under a proposal submitted to township officials by Air Methods Corporation, a privately-owned medical helicopter operator.

The board will hear the application at a meeting later this month. According to the proposal, Air Methods would “disturb approximately .25 acres of land” located on an open grass portion of the Ocean University Medical Center campus to construct a concrete helipad. The helipad would be constructed along with other associated improvements including fencing, security lighting, an area clear of debris, sidewalk, landscaping and other improvements ancillary to helicopter landing sites.

Helipads are a permitted accessory use of a hospital in the township’s Hospital Support Zone, in which the property is located.


Air Methods operates two medical helicopters for Hackensack-Meridian Health, the owner of the hospital. At least one of the Eurocopter EC-635 helicopters, dubbed AirMed One and AirMed Two, operates from Ocean County Airport in Berkeley Township.

The hearing on the application will be held at the planning board’s Jan. 25 meeting, which is scheduled for 7 p.m. at the township municipal complex on Chambers Bridge Road.