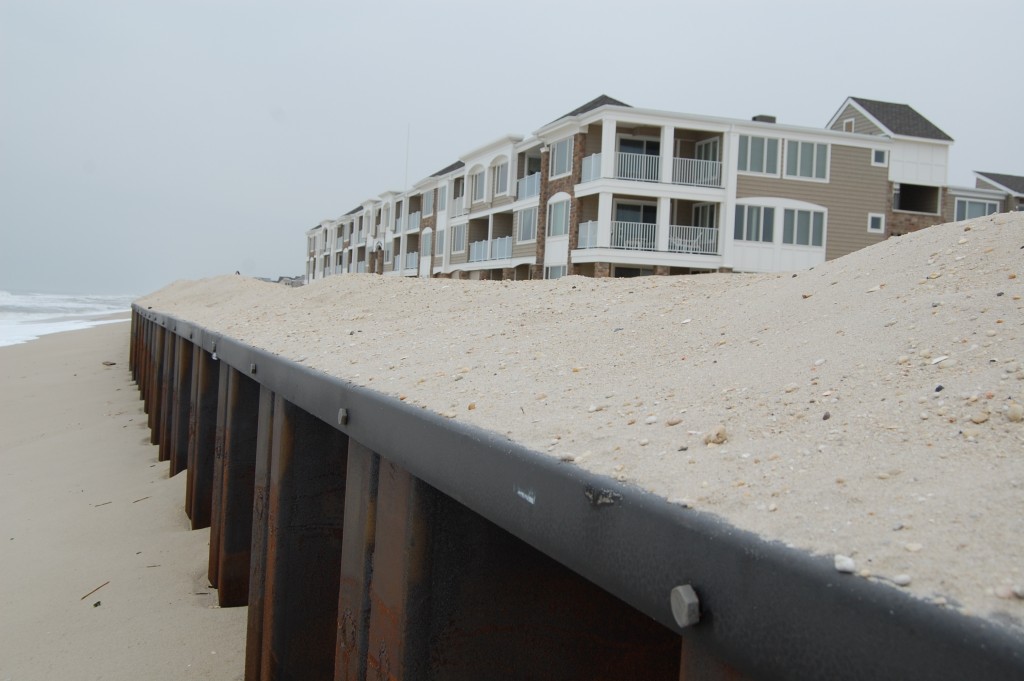 A steel sea wall installed along the entirety of Brick Township’s oceanfront, and much of Mantoloking’s, has been doing its job this winter. The problem: it was supposed to be covered with a dune and only do its job in emergencies, leading state officials to formulate plans to repair large drop-offs in the sand across local beaches.

The construction of the dune that is planned to be built across the length of Ocean County’s northern barrier island is on hold, as oceanfront property owners are refusing to sign easements to allow it to be built and Jenkinson’s – which owns much of Point Pleasant Beach’s oceanfront – has filed a lawsuit challenging the eminent domain process municipalities are using to take the slivers of sand needed.

The lack of a dune has left local beaches in bad shape, with the steel wall revetment protecting the sand behind it – as it is supposed to – but potentially exacerbating the erosion of sand in front of it. This has led to steep drops, up to six feet in some places, in the middle of the beach in some portions of Brick, including a large part of Brick Beach III. 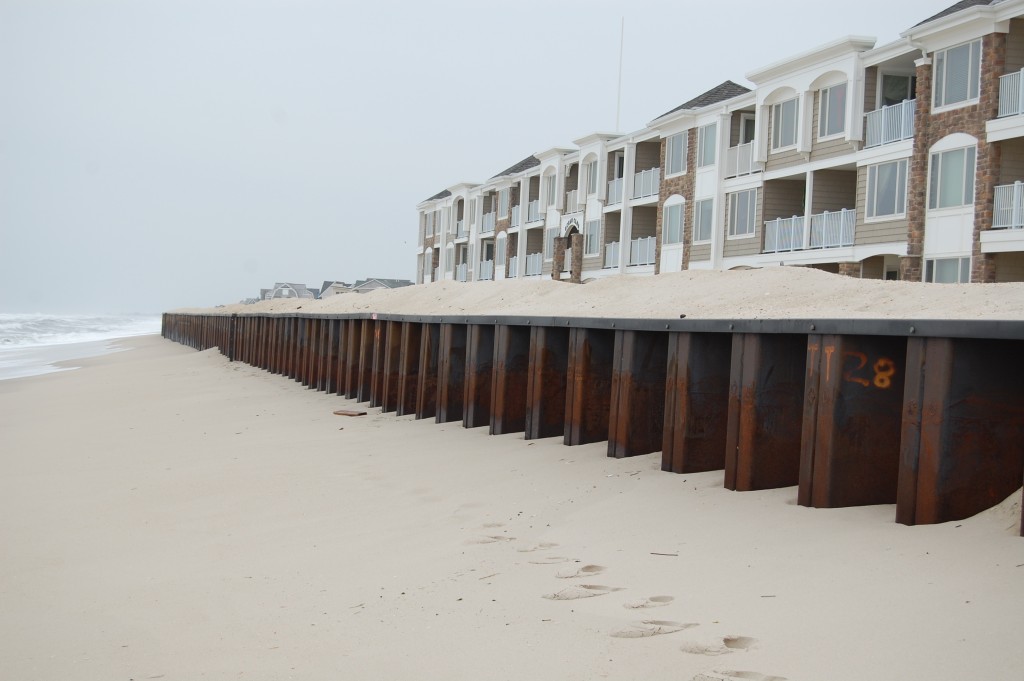 With the replenishment project – which would see the construction of a dune on top of the wall and the beach extended eastward – on hold, officials are putting plans in place to repair the beaches in the interim. 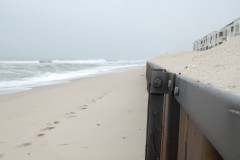 Bob Considine, spokesman for the state Department of Environmental Protection, told Shorebeat that the state agency is working with Brick and Mantoloking to make sure the exposed revetment is “well-covered with trucked-in sand” before the start of the summer season.

“Ideally, we’d like to time the delivery and placement of the sand to be closer to the start of the beach season and that’s part of the discussion we’ll be having,” Considine said. “But it is safe to say the areas there will [have] sand replenishment where needed as a stopgap to the dune construction project.”