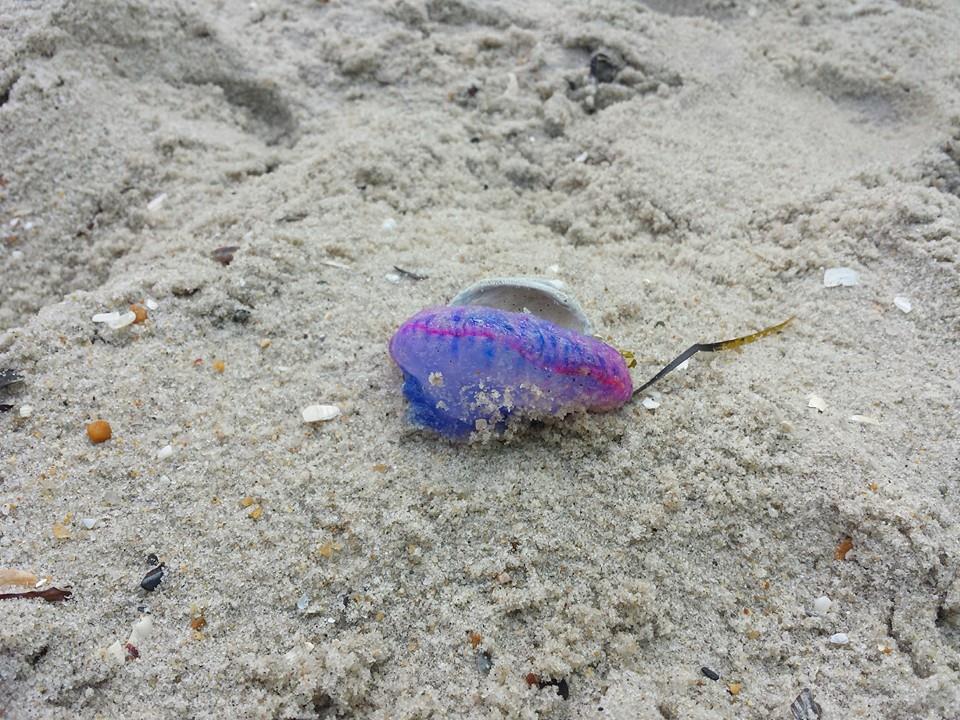 The Harvey Cedars Beach Patrol said in a statement that the purple and blue-colored jellyfish was discovered on the beach and removed, but swimmers should be on the lookout for more unusual marine life with the warm water that washed in to the Jersey Shore over the weekend.

“Always be aware of your surroundings in the ocean and always swim near a lifeguard,” the statement said.


According to the beach patrol, such creatures are more likely to wash in when there are northeast winds that blow warm water from the Gulf Stream westward toward the shore.

The Portuguese man o’ war is not a common species in New Jersey or most other areas along the eastern seaboard, but can sometimes be found in southeastern locations such as Florida. It resembles a single jellyfish in appearance, but in actuality is what is known as a siphonophorae, which is a group of organisms fused together. It packs a dangerous sting and can whip-like, red welts on human skin. Those with an allergic reaction to the man o’ war’s venom can experience fever, shock, and interference with heart and lung function, which require medical attention.

The man o’ war is the latest exotic jellyfish to be found in New Jersey waters. A box jellyfish, considered to be even more dangerous than the man o’ war, was found alive and swimming in the Manasquan River last fall near Manasquan Inlet, and additional box jellyfish were found washed up on the beach in Point Pleasant Beach.

Scientists from a number of universities in New Jersey are looking into the influx of exotic jellyfish and have even formed a Facebook group and held training sessions to teach local residents how to handle specimens for collection.