Concerns have been raised over the proximity of Herbertsville Park to the troubled Maple Leaf Park condominium complex. (File Photos)

Brick police will begin both foot and bicycle patrols – plus assign dedicated police units – to the area in and around the troubled Maple Leaf Park condominium complex, including Herbertsville Park, in the coming days.

The increased patrols, as well as the transition of the area around the condominium complex to its own, dedicated patrol district within the police department, have been planned for several months, but are going in effect after a number of incidents occurred near the park – adjacent to the complex – which have led some residents to voice concerns over safe at the park. 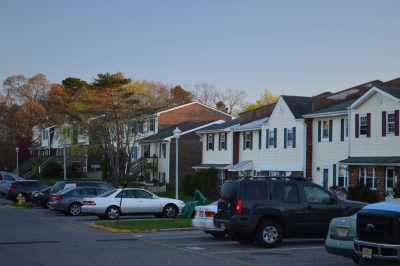 There has been a rash of incidents in Maple Leaf Park, a condominium complex off Herbertsville Road, in recent weeks, including a raid which produced drugs and weapons, an incident involving the luring of a nine-year-old girl, and the stabbing of a pizza deliverman. At Herbertsville Park, previously known as Colorado Park, police arrested a juvenile for an assault and there have been numerous reports of fights breaking out.

The incidents at the park, as well as its proximity to Maple Leaf Park and some of the surrounding condominium complexes, have some residents fearful of using the facility, which underwent a $1 million reconstruction last year.

Katrina Daddato, the mother of a young child, said the fights have her concerned, as well as a report of a man panhandling there.

“We should not have to worry about kids going to a park in broad daylight,” she told Shorebeat.

The reports also concerned Stephen Cancel, a Maple Leaf Park residents who frequently speaks before the township council on the crime issues in his community.

“It’s officially spilled over into Colorado Park,” he said.

Police Chief James Riccio said some of the reports have been overblown, including a rumor that a fight at the park Monday had gang ties. In reality, he said, girls were fighting over a boy and one of them was injured. He described the incident as a “mutual fight,” rather than the targeting of a park visitor. 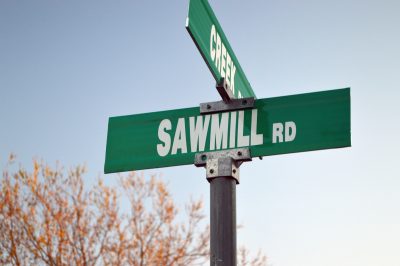 “If it was anywhere else, it would’ve just been a fight,” Riccio said.

Still, Riccio did not downplay residents’ concerns, saying there will be a “zero tolerance” policy in place for incidents at the park, where violations of the law and local ordinances will result in a summons rather than a warning. Patrols near the park are also being stepped up, even beyond the plans for the foot and bicycle patrols.

“To make everyone feel more comfortable, we’ve been saturating the area with not only uniformed officers but plain clothes detectives,” said Riccio. “They’ve been instructed to enforce zero tolerance.”

Additionally, the area in and around Maple Leaf Park, including Herbertsville Park, will now be considered its own patrol district and will have dedicated officers assigned to patrol it. The foot and bicycle patrols will likely involve multiple officers working together.

“This way they can get between the buildings,” said Riccio, adding that it is sometimes easy to miss things from the driver’s seat of a patrol car. “They can interact with not only the bad people, but the good people.” 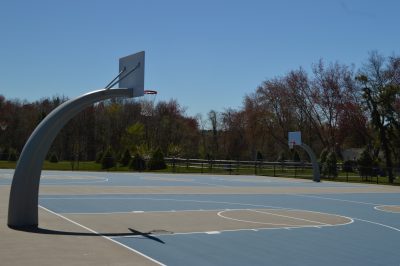 In numerous e-mails and phone calls to Shorebeat, residents have expressed frustration with a lack of security cameras at the park. In the plans to reconstruct the park, which previously had been the site of numerous instances of vandalism, infrared security cameras were included to deter crime. While all of the cameras are not yet set up due to budgetary constrains, the entire park is wired for the camera system and all of the cameras, which will be broadcast in a live feed to the police department, have been funded in the township’s 2016 capital budget, said Business Administrator Joanne Bergin.

Ducey said residents should feel safe using the park, where he brings his own son frequently.

Bergin said the township has looked into many of the incidents that were rumored to have occurred there, and the facts did not back up the severity of some of the claims.

“The reality is not always the life that these things tend to take on,” Bergin said.