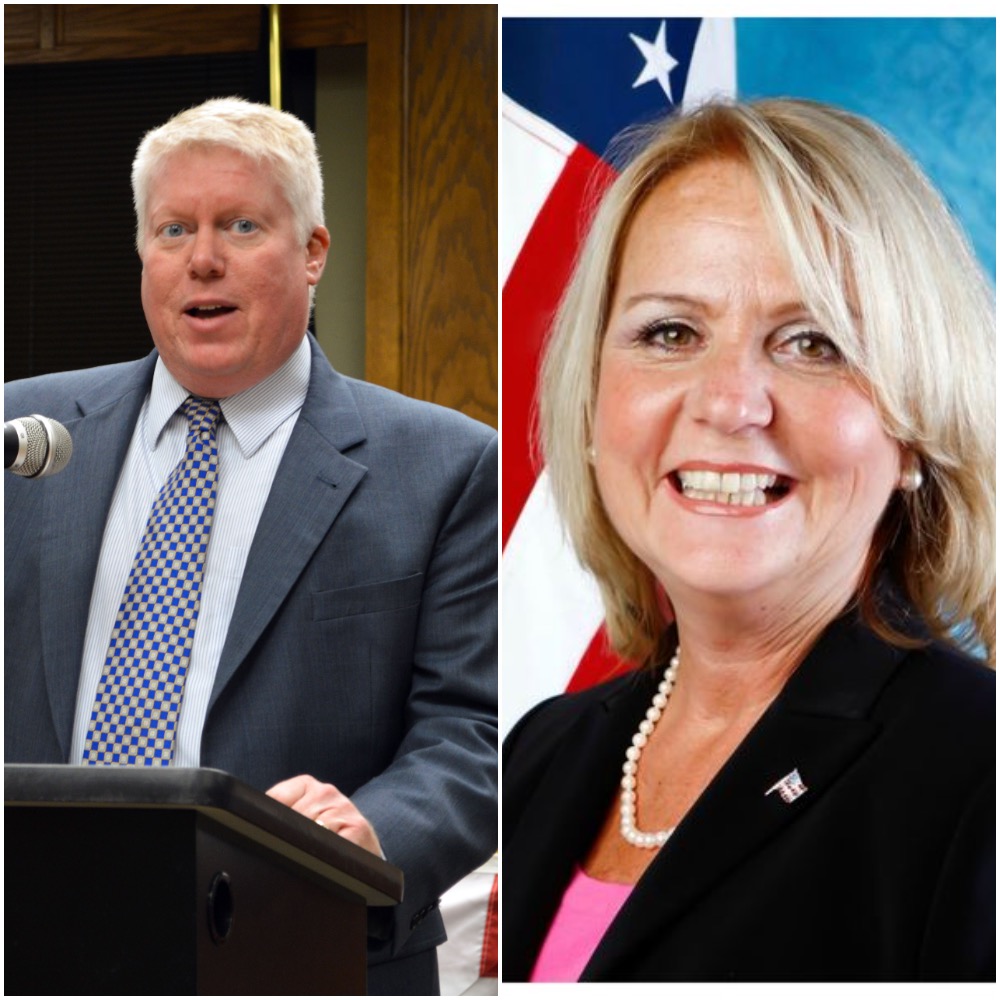 Campaign literature has painted two differing pictures of Brick Township government in 2017. Depending which side’s numerous mailers a resident is reading, the township is portrayed as a municipality that has added police officers and building inspectors while cutting taxes, or a bloated local government subject to patronage hires.

Mayor John Ducey, a Democrat, is running for a second term against former GOP Councilwoman Ruthanne Scaturro. The Democrats’ ads have keyed in on tax hikes approved during the time Scaturro served on the council, while the Republicans have accused Ducey of going back on a promise not to accept taxpayer-funded health benefits and quietly increasing his salary.

When Ducey took office in 2014, he took 75 percent of the $52,000 mayoral salary. In 2016, he increased his salary to the full amount after calculating the number of hours he spends per week on township business, and the effect it has had on his own income as a local attorney, he told Shorebeat.

Ducey also said he inherited a municipal government that had no building inspectors, as a previous agreement the township had to share inspection services with Toms River ended – at Toms River’s choosing – the day before he took office.

“We had to hire all of our inspectors,” said Ducey. “When I came in, we didn’t have any inspectors at all.”

The township also added police officers under Ducey’s watch, however several are special officers, who draw lower salaries than full-time sworn officers and are being used to cut overtime and perform lower-level tasks such as booking arrestees. Previously, full-time officers performed those duties as part of their jobs or drawing overtime. The administration has said more police officers are now able to be on the street since the special officers are undertaking the tasks at headquarters.

Scaturro, however, has said that the township added a total of 51 employees – too many, in her opinion – including some who “were directly involved in his campaign.”

“He touts that he got rid of nine patronage jobs, but then he’s hiring all of these other people,” said Scaturro, who also took aim at the hiring of John Clifford as the township’s Chief Financial Officer. After Clifford was hired, news broke that he had previously declared bankruptcy, and he was quietly ousted from the position and hired as the CFO of the Brick Township Municipal Utilities Authority at a higher salary. The township also hired Jon Salonis, a Democratic campaign operative to two positions in town.

But Ducey, as well as his team, were largely swept into office out of public frustration with patronage scandals that made headlines while Republicans controlled the mayor’s office and council. Most notably, former Mayor Stephen Acropolis hired a Toms River GOP official, Juan Bellu, as the township’s deputy business administrator, around the same time Acropolis was hired as executive director of the Toms River MUA, where Bellu served as a commissioner.

Scaturro said she would accept the mayoral salary but would not take a health benefits package if elected.

“I didn’t take benefits when I was a council person and I won’t take them now,” Scaturro said, indicating the mayoral job would be her only job since she has retired from her former employer.

If any of the GOP candidates win Tuesday’s election, it will be the first time any member of their party has been victorious this decade.

Anthony Matthews, a former Republican councilman who served alongside Scaturro, as well as Robert Canfield are running independent campaigns.

Polls are open until 8 p.m. Tuesday.