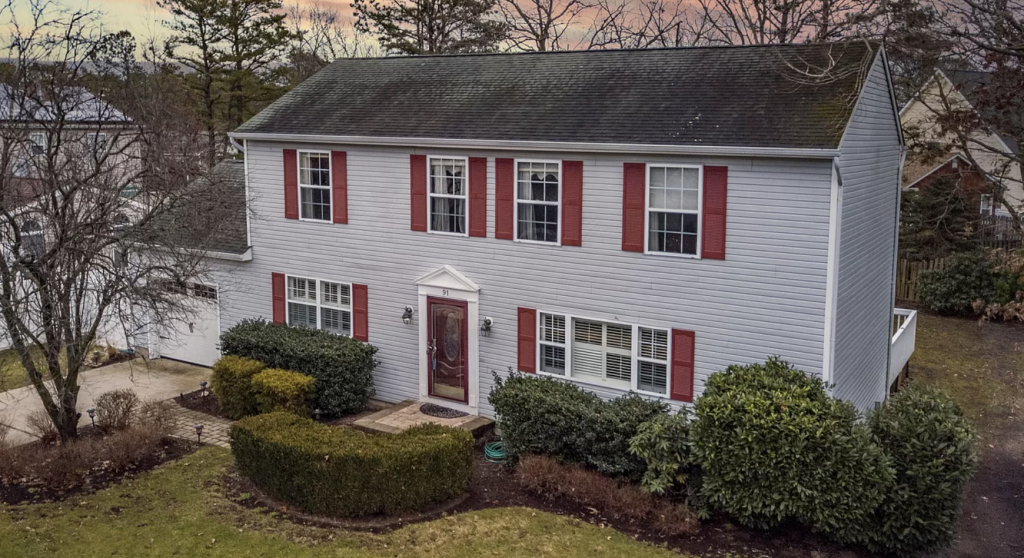 Adjacent to the site of what Brick Township says is an illegal private high school, a single-family residential home is being used as a dormitory to house nearly 20 people, residents told township officials Tuesday night.

A number of residents who live in the area surrounding Hendrickson Avenue, off Van Zile Road, expressed concerns over the property located at 91 Hendrickson. The residents compiled video and counted a total of 19 unique individuals residing at the address, several told council members. It is believed that the occupants of the home – all men – are students at the Orthodox Jewish high school that is being operated out of a former temple that was sold earlier this year. The home was sold for $419,000 in May.

“People are being directly affected everyday, and they’re frustrated. We’re all frustrated,” said resident Joe Orth. “Dormitories cannot just be allowed to spring up next to families with children, or grandma and grandpa, in a residential neighborhoods. If we don’t enforce our ordinances right now, we don’t have a town.”


Real estate records obtained through the Ocean County Clerk’s office show that the property in question is owned by David Gluck, who also owns Congregation Kehilos Yisroel, Inc., which is operating the private school in the former temple. Neighbors learned over the weekend that an entity connected with Gluck, who has a lengthy history of legal entanglements associated with land use and development issues, has also purchased a property on Van Zile Road.

Officials patiently listened to several residents speak out about the properties, but they did not comment. Since land use issues are handled by quasi-judicial boards at the municipal level and are often litigated in Superior Court, elected officials are normally precluded from providing personal opinions as courts have often construed such commentary as effecting undue influence upon employees and board members. In Brick, the township previously had to reverse a denial of a zoning permit for a Christian church to operate in a strip mall and pay its legal fees after officials let their personal opinions be known.

Township officials are investigating the complaint about the residential property as they would any other that is brought to the attention of officials, they said.

“We’re a residential street and we’re not zoned for boarding houses, which is what’s going on,” said Eileen Catalano, who lives just a few houses away from the suspected dorm. “There are 19 people boarding in this single-family home. There are cars, day and night, coming and going into 91 Hendrickson, dropping off and picking up the men that live there.”