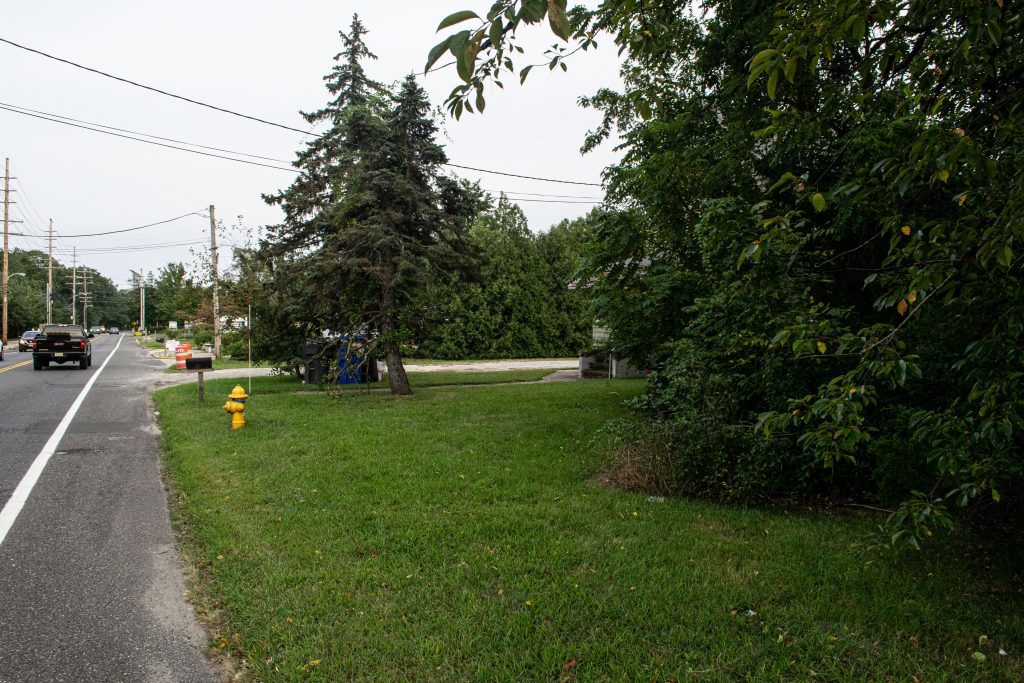 The property at 251 Drum Point Road, the subject of a proposal for a pole barn and residential complex. (Photo: Daniel Nee)

Last week, Shorebeat reported on the approval of a mixed-use space for tradesmen to operate a business, mixed with a small number of apartments based on a scaled-back version of a proposal first filed last year. The board, however, also approved a similar (and smaller) project on the same road.

The board unanimously approved a proposal by Kenneth Beck, the owner of the property at 251 Drum Point Road, to build a 5,000 square foot pole barn (contractor shop) with a gravel parking area, and a 2,500 square foot, two-story combination residential and commercial building with garage. 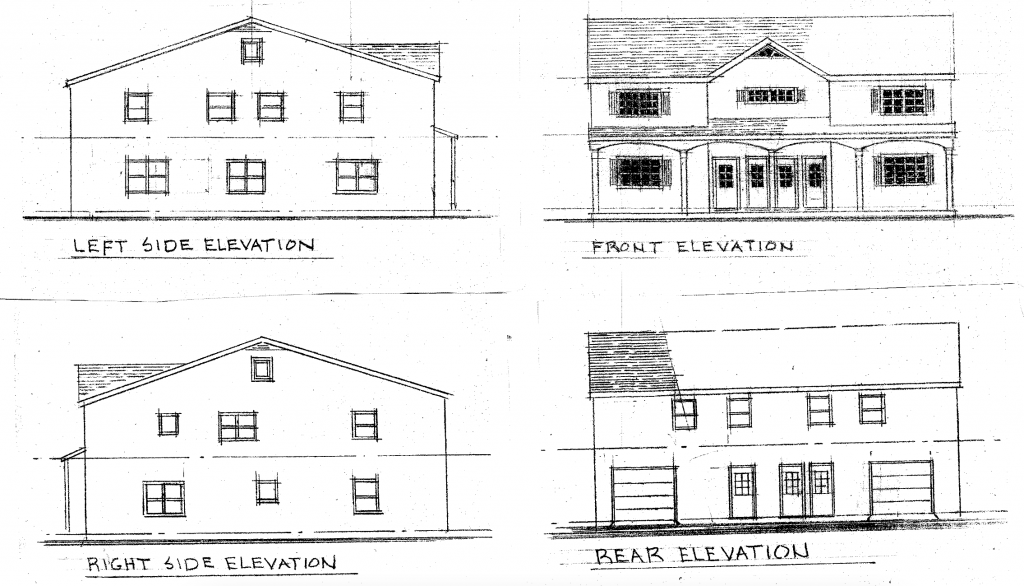 A rendering of the proposed construction at 251 Drum Point Road. (Planning Documents)

A “pole barn” is a building with what is known as post-frame construction. It uses large poles or posts buried in the ground or on a foundation to provide the vertical structural support, along with girts to provide horizontal support. The building style became popular in agriculture over the last century, as farming began to require large, covered storage areas for industrial equipment. The same construction concept can be used for buildings with non-agricultural uses. But even in urbanized areas, the type of construction lends itself to create a good working space and organized storage.

Mathew Wilder, the engineer on the project, told board members that a commercial office would measure 650 square feet with the remainder of that portion of the project making up the residential space.

“The idea is to avoid outside storage, have everything contained within a structure and give a more aesthetically-pleasing look,” said Wilder. “That’s been an issue throughout the township for many years, both in residential neighborhoods and commercial neighborhoods.”

Indeed, Beck came up with the idea to build a mixed-use property using the township’s new Village Zone criteria after learning outdoor storage of commercial equipment was not permitted in residential areas. The commercial portion of the property is planned to be used by Beck and his son for their family business, Wilder said, though at some point space could be leased to another business owner. In that case, the board decided that any tenants must operate a business that is significantly similar to the Becks’ contracting business, or come back to the board for approval.

“One of the issues that we do have on the other side of the township is that a bulkheader might own a building, but lease it to an HVAC company,” said Township Planner Tara Paxton. “It exacerbates the use and intensifies it, so it’s something we have to monitor.”

Ultimately, the board looked favorably on the application, citing the fact that it will create internal parking spaces for light commercial vehicles, bring all storage indoors and be professionally designed and landscaped to improve the aesthetics of the surrounding area.

“This is the vision I had for this property when they changed the zone to the Village Zone,” said Beck. “It seems to be exactly what they wanted for that zone. I’m a contractor in town and have been here for 50 years. We needed to have a space for our equipment.”