The area near the shopping center that houses Brick Township’s ShopRite and Kohl’s stores –recently renamed Brick Town Plaza – is an undisputed traffic nightmare for township residents. Motorists honk their horns, shake their fists, and frequently ask officials what can be done to ease the infamous bottleneck on Chambers Bridge Road.

The realistic answer is that there is next to nothing that can be done, officials say. 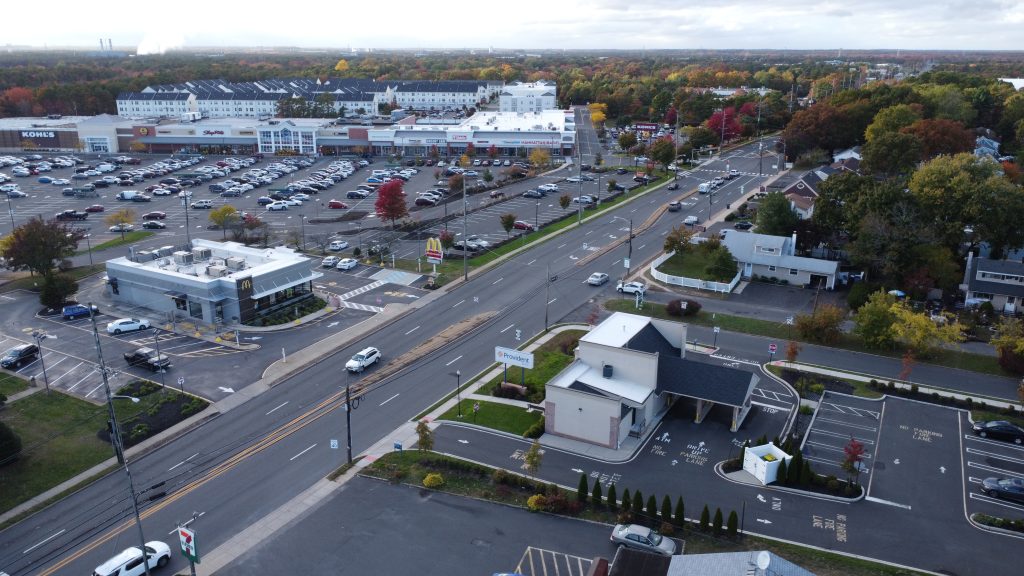 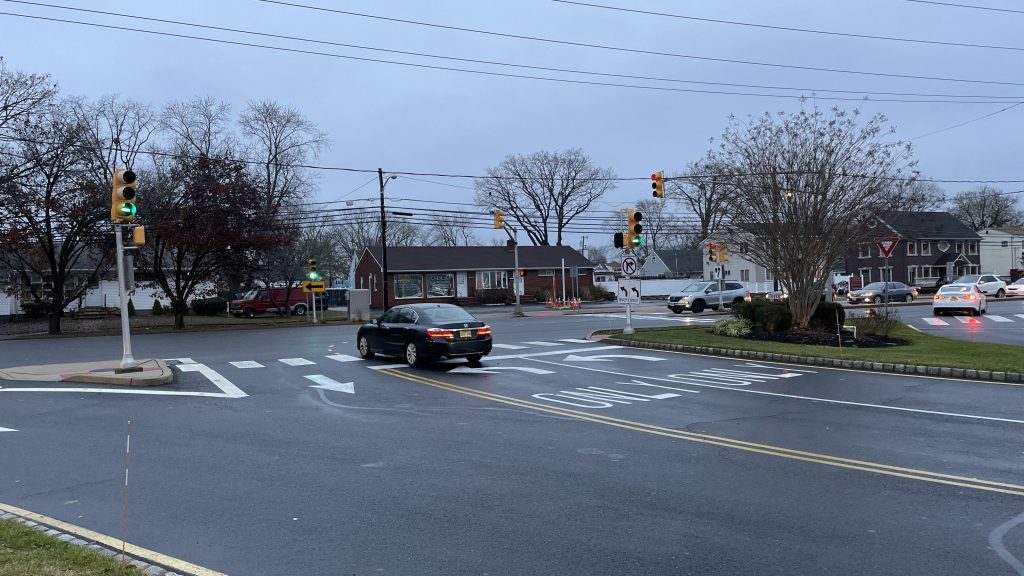 In what is almost a “perfect storm” of factors that contribute to the tie-ups, decades-old approvals, environmental regulations, state-level pushback and an owner unwilling to give up driveway access means there is little that can be done besides officials’ continuing efforts to direct drivers around the most troublesome entry points. Mayor John Ducey recently addressed the nagging issue during a virtual town hall meeting, fielding a question posed by a resident.

For starters, it is unlikely that the shopping center would be approved with the entrance and egress scheme if it came before the township’s planning board today. Just recently, the board rejected a proposal by the property’s owner, Urban Edge Properties, based in Paramus, Bergen County, to add two restaurants – Shake Shack and Third Watch – to the plaza. The board cited the significant traffic concerns in and around the site, which could have been compounded by the restaurants and an associated drive-through lane.

“Back in the ‘70s when that plaza was being planned and built, the planning board back then obviously didn’t have the premonition that Brick would turn into [a town of] 85,000 people from what it was,” Ducey said.

Fast forward several decades, and there are few paths to correct what has become a near-permanent bottleneck. The original approvals are still in force, and neither the township nor county (which has jurisdiction over Chambers Bridge Road) can legally intervene to overcome the grandfathered-in traffic plan.

If the property owner agreed to reconfigure the access points, there have been indications that the county would agree to do so, but requests over the years have been denied.

“If the owner said ‘okay, they could do that,’ it would help with the traffic flow, but the owner has been asked a few times since I’ve been mayor, and I know the prior mayor before me had asked as well,” said Ducey. “The prior police chief had also asked as well as the current chief, and they don’t want to do that. They think it will be more difficult for people to get into the plaza, and they don’t want to give their customers a harder time getting in.”

Another potential solution that has been discussed over the years has been creating new access points from the south, allowing traffic to skip the intersection at Route 70 and Chambers Bridge as well as the left-turn lane that follows. A road, conceivably, could be constructed from Cedar Bridge Avenue into the shopping center, but environmental permitting has been deemed largely impossible from a regulatory perspective.

“We can’t go through Cedar Bridge Avenue because there are some endangered species and wetlands, and the state DEP would not allow that,” the mayor said, referencing an amphibious species that may be present in the wooded tract south of the property. Beyond the environmental roadblock, there is a question of whether the owner of that property would be willing to sell it. 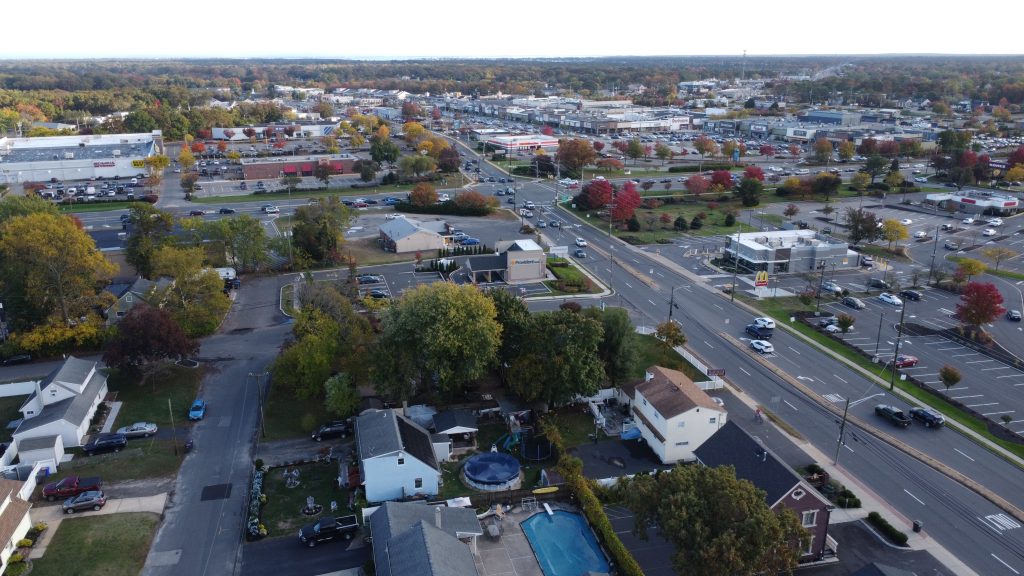 Re-timing traffic lights in the area surrounding the shopping center is another option, but state officials have resisted calls to do so. Brick Township, as a municipal government, does not operate a single traffic light in town. All come under the jurisdiction of either the county or state governments. When state and county roads meet, the higher of the two (the state) attains jurisdiction, which is the case of the intersections of Chambers Bridge and Cedar Bridge avenues where they cross Route 70.

“We’ve asked them to take a look at that, and they are very happy that Route 70 flows freely even though our side streets – Chambers Bridge, Cedar Bridge – all get backed up,” said Ducey. “The state likes it because their road is [Route] 70. The county doesn’t like it because their roads are backed up, but the state is in charge.”

In the absence of better options, the township and county have turned to educating drivers and, hopefully, nudging them toward safer access points. Instead of making a right turn onto Chambers Bridge from Route 70’s westbound lanes, motorists are asked to wait for the light to turn green and access the shopping center from Route 70 itself. Those driving from east on Route 70, who would normally turn left onto Chambers Bridge and make another left into the plaza from the turning lane, are being asked to continue to Ovation Way and access the site from the rear. That option, however, requires drivers to utilize a jug-handle and potentially wait for another traffic light cycle. 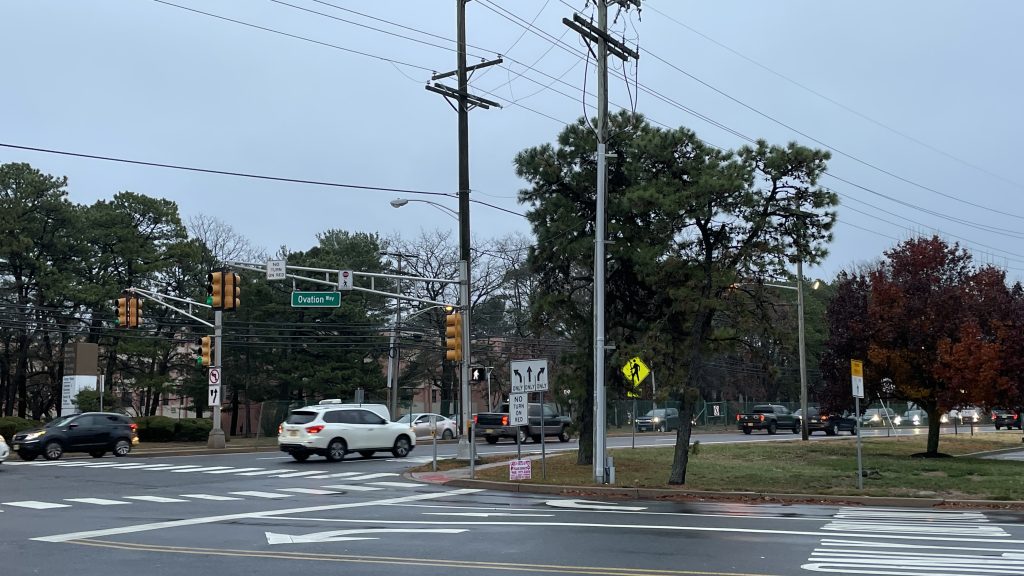 Officials have approved the use of electronic message boards to direct drivers to alternative entry points.

“The only thing we can do is encourage people to use Ovation Way,” the mayor said, adding that drivers also frequently use the plaza as a cut-through to reach Route 70 without waiting on the oft-jammed Chambers Bridge Road.

“That just adds to the nightmare,” he said. “But you’re not really going to change people’s bad habits.”

The perpetual traffic jam, unfortunately, appears to be here to stay.